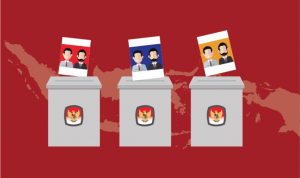 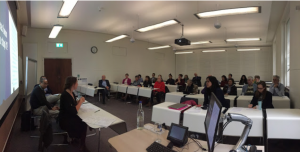 Indonesia held its 5th general election in April 2019. A panel of experts discussed the outcome of the elections and its implications for Indonesian politics over the next five years. The panel consisted of Dr. Michael Buehler, Liston Siregar, and Isabel Dunstan. John Aglionby, former Financial Times Indonesia correspondent, moderated the discussion​ 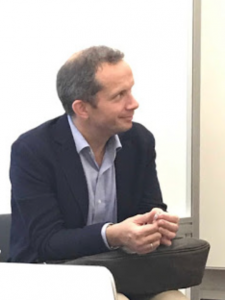 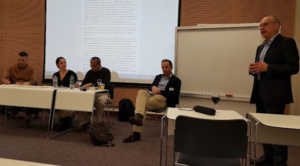 Dr. Michael Buehler is a Senior Lecturer in Comparative Politics in the Department of Politics and International Studies, SOAS, University of London. Specializing in Southeast Asian politics, his teaching and research interests evolve around state-society relations under conditions of democratization and decentralization.Previously he taught at Columbia University and Northern Illinois University. He has also held research fellowships at the Center for Equality Development and Globalization Studies at Northwestern University in Chicago, the Weatherhead East Asian Institute in New York City, and the Royal Netherlands Institute of Southeast Asian and Caribbean Studies in Leiden. Michael Buehler has been an Associate Research Fellow at the Asia Society in New York City since 2011. 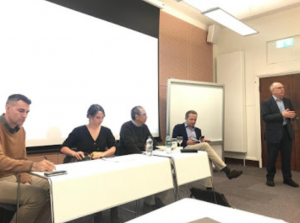 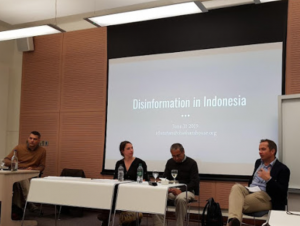 Liston Siregar has been Trainer for OpenMedia at the BBC Academy since August last year. Before that he was Desk Editor for more than 19 years at BBC Indonesia and prior to this post he worked for the Tempo Weekly Magazine. 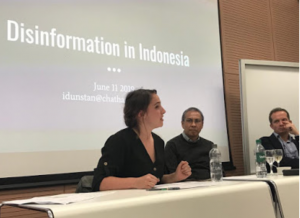 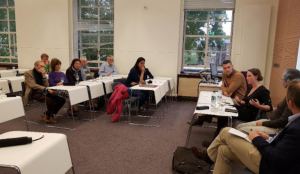 Isabel Dunstan is an Academy Fellow, Asia-Pacific Programme at Chatham House. Her research focuses on the social, political and economic drivers of online radicalism in south-east Asia. Her research considers policy recommendations and practical strategies that could be deployed as a tool for combatting radicalism, intolerance and sub-national violence among young men and women in the region. Before joining Chatham House, Isabel worked at Gender Office with United Nations Development Programme in Indonesia. Through this work, she advised on environment and democratic governance projects on gender mainstreaming strategies and lead a high-level exchange between Korea and Indonesia on integrated public services for victims of gendered violence. Prior to this Isabel worked at Plan International Australia, developing advocacy campaigns on a range of child rights and gender equality issues, and conducted qualitative research in Bangladesh, Cambodia and Laos in issues spanning food security, water and sanitation and youth economic empowerment. 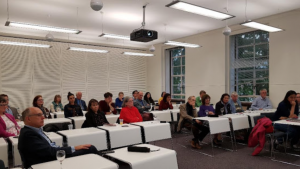 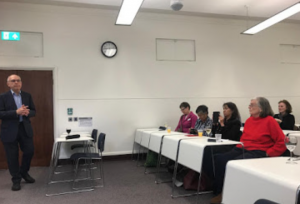