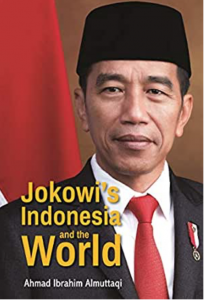 Ahmad Almuttaqi, the Head of ASEAN Studies Program at the Habibie Centre, has recently written a book about President Jokowi’s foreign policy track record. Below is an abstract of the book.

When Joko ‘Jokowi’ Widodo was sworn in as the seventh President of the Republic of Indonesia, taking over from Susilo Bambang Yudhoyono, the change in personnel at the highest executive office of state naturally raised questions about the likely changes in government policies between that of the outgoing Yudhoyono Government and that of the incoming Widodo Government. This was especially so in the area of foreign policy given that Yudhoyono was widely lauded for his efforts and achievements on the international stage; and the general perception that Widodo lacks sufficient foreign policy experience and knowledge. Will Indonesia’s foreign policy change with the new Government? If so, how will Indonesia’s foreign policy change and why? If not, how not and why won’t Indonesia’s foreign policy change?Jokowi’s Indonesia and the World addresses these questions by evaluating the annual performance of the Widodo Government from 2014 to 2019, focusing primarily on the President’s foreign policy track record, and tracing Indonesia’s successes and failures on the world stage. At the same time, the book also assesses how the domestic situation has affected Jakarta’s external projections.If the Yudhoyono years are remembered for an assertive and active Indonesia in the field of foreign policy, it was greatly hoped that the same could be said about the Widodo presidency at the end of his first term. Whether this ultimately transpired or not shall be covered in the book.

The book is available on Amazon. To purchase the book, click here.